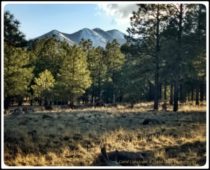 April 1 to April 5: These first days of April are a time of change for us. We had planned to leave LaPosa South on the 15th, but due to increased travel restrictions because of covid19, we change our minds and begin packing so as to leave tomorrow.

My brother Rollie and his lady friend Tata plan to come for dinner and music, but Rollie collapses. Tata calls 911 and we all spend the evening at the emergency room of the nearest hospital. Tests are done and Rollie will be fine. Clifford and I go back to camp around midnight; Rollie and Tata return to camp even later. Rough night for all, but glad everything is okay.

We delay our departure to make sure Rollie is okay and to have another opportunity for dinner and music. Saturday is now our departure date. Even with preparation ahead of time, it takes us awhile to get ready to leave. We say good-bye to Rollie and Tata, and she gives me two beautiful rocks: obsidian and a quartz crystal imbued with the intention for safe travel.

The Arizona desert is beautiful with so many flowers blooming, but hard to get decent photos from the vehicle at highway speeds. The ocotillo in full bloom, a purple ground cover, and California poppies are especially colorful. We leave I-10 at the junction of US Highway 60 to Wickenburg, then travel east on Arizona Highway 74 to I-17, bypassing Phoenix.

North of Phoenix at the Agua Fri National Monument, we pull off, intending to camp where we camped with Rollie two years ago. However, Saturday afternoon is not a good time to fine a place to camp. This place is not designed to encourage camping, so the few possible places are already taken. Going in further was not a good idea because the road becomes more rugged and steep in places. We turn around, drive back out to I-17, then backtrack south to a parking area we had seen a few miles back, which turns out to be the Badger Springs Recreation Area. There is a large and level parking lot and we get set up away from others who are already there.

The next morning, my son Matt calls, as there was an explosion and fire at the CBD plant where his son, my grandson, works. It was very very scary for everyone, but other than singed clothes, none of the workers were injured. Thank goodness!

As we are getting ready to leave, four semi’s pull in and unload their cargo – several hundred sheep that will soon spread out over the land for their summer pasture. It was fun to see them since I raised sheep for several years – not hundreds, but enough to have a fondness for them.

It is steep downhill to Camp Verde followed by a steep haul back up to Flagstaff, Arizona.

North of Flagstaff, on US Highway 89, we turn off on a forest road and find a spot to camp for the night. We are set up in time to have lunch and a restful afternoon. I walk about, missing the flowers of the desert we have left behind, but pleased to see trees and snow on the mountain peaks. We are grateful for a peaceful place to spend the night.

Wednesday March 21: Clifford had a rough night, but we are still planning on leaving Molino Basin Campground this morning to begin the journey back to Monticello, our Utah home base. Besides the packing up, we – and Rollie – also have to stop for gas, water, and propane. It is early afternoon by time we finally leave Tucson.

So much traffic, but we make it through Phoenix without mishap. We are now on I-17 and take exit 259 to the Agua Fria National Monument, which we learned about from our musician camping friend, Rachel.

There is some confusion about which side of the highway we are supposed to be on, and after driving a ways on the road to the west, we backtrack and enter the national monument on the east side of I-17. The road is not great, but we find a spot about a mile from the exit where both we and Rollie can get set up on fairly level ground.

First thing we do after getting set up is pick up trash – lots of it. Ugh. But on the plus side, the ground is strewn with beautiful variegated quartz rocks and other rugged and colorful stones.

Clifford is feeling worse, so goes down for a nap before the propane is turned on. I can’t get fridge or range working, but luckily Rollie comes over and figures out the problem. I have soup with Rollie for dinner, as Clifford is not up to eating tonight.

Thursday, March 22: There was some rain in the night, which seems surprising in this unusually dry desert landscape.

I am up before sunrise, but I left my camera at Rollie’s last night, so miss the shot of the rising sun. I go on to his camper to get the camera and stay to visit a little. Clifford is feeling better this morning, but weak.

After breakfast, Rollie and I go for a hike to the rocky hill top and then beyond to look at the pinkish rocks. 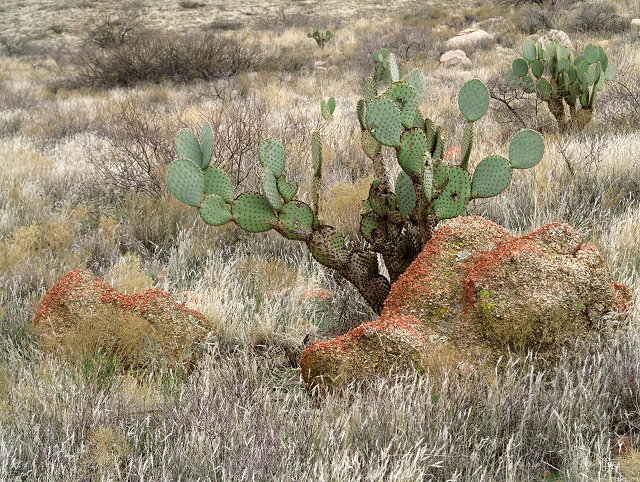 Back at camp, I edit for awhile, then check texts and FB. A couple of my kids call – good that we can get cell service at such a remote location. Later, Rollie and I do music at his camper; too windy outside.

After dinner, we get packed up as much as we can (mostly we had not unpacked at this stop), as we will be heading toward Sedona in the morning. There must be more to see at this national monument, but it will have to wait for another time. 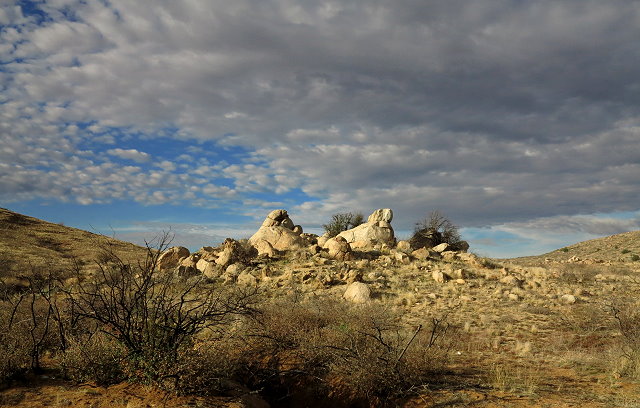